The main definition of ”Control“: the power to influence or direct people’s behavior or the course of events.

The word “Control” resonates deeply within the psyche of Domestic Violence (DV) victims all over the world. Each year, in the U.S., it’s estimated that close to 10 Million people suffer from domestic abuse. That’s an estimated 10 Million people who have found themselves in situations where they are enslaved by a single word... “Control.”

Statistics from the National Coalition Against Domestic Violence

Physical, Emotional, Mental: An abuser seeks out an intimate partner with qualities that they can manipulate in order to break down a persons will. Taking notches out of their partner’s overall confidence, and using the pieces to gain total power over their partner, all in the name of “Love.” Abusers aren't born. They're made through many variables that reek havoc on their own ways of thinking. With many domestic abuse situations having stemmed from addiction issues, others being that of individuals who were raised in abusive homes, themselves. LIKE genetic coding, abuse runs through the veins of not only just the abuser, but in many cases, the victim as well. Its what they've learned and what they know.

This doesn't include those who came from such home atmospheres and have used their earlier experiences to live a life of "What NOT to do." Like a gene skipping a generation, there are many who survived abusive situations and carried on. They taught themselves to recognize the signs... and how to avoid them.

But not everyone is as observant to these traits, and many others... not so lucky.

"No one deserves abuse. PERIOD. I can only blame myself. No one was at fault but me for choosing this person to be in my life but what happened afterwards, I was like, 'holy shit!' I tried to leave so many times and it was just such hell that going back seemed to be the only thing plausible, until abuse nearly killed me." - Alexis Moore: Attorney, Risk Management Specialist, Advocate.

Alexis Moore knows the signs all too well. As a survivor of domestic abuse, Alexis uses her experience to advocate for others, as well as educate many more.

“Why don’t they just leave?” you may ask.

Domestic Violence situations are more complex than a victim just packing up their belongings and going elsewhere. Leaving, or even mentioning the idea to an abuser, is one of the most dangerous things a victim can do- with the majority of all homicides from Domestic Violence being AFTER the victim chooses to leave. The victim knows their abuser. The victim knows what sets them off, and to cut the chord of power of an abuser, an electrical storm of anger and more violence will surge. Its not just the victim who suffers this current of chaos, either. Family members, children, friends, law enforcement, counselors, and others who have intervened in many domestic abuse cases have fallen victim to the rage that swelled within an abuser.

All because of the abuser‘s need for “Control.” 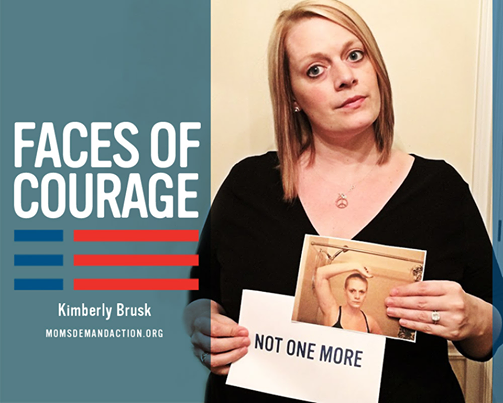 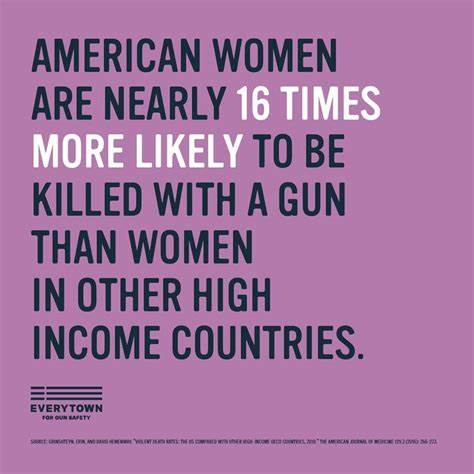 We are bombarded with advertising of government funded hotlines, websites, and advocacy groups that offer no direct support, so DV victims suffer in silence every single day. The walls of their homes and the arms of their supposed "intimate" partner are nothing more than representations of a prison cell they've succumbed to. While these advocacy groups and government agencies continue to profit, more victims are WAITING... patiently for the next argument, beating, or worse. Wouldn't common sense involve getting the victim OUT of the violent situation, or empowering them to seek more than resources that are only beneficial for AFTER they leave... but are not even a guarantee?

Domestic Violence issues do not rest alone in the homes. Many women and men face an even sneakier demon related to DV... Stalking.

One in 6 women (16.2%) and 1 in 19 men (5.2%) in the United States have experienced stalking victimization at some point during their lifetime in which they felt very fearful or believed that they or someone close to them would be harmed or killed (by any perpetrator).

This isn't JUST some random drive-by experience to check to see if another car is in your ex's driveway. Nor is it a silly drunk text to your ex after a night of partying and you happened to see them with a new lover.

Stalking is more detailed and strategic. Its an obsession. Like a tiger stalking it's prey... note the word "PREY."

On February 15, 2020, Los Angeles Police responded to a call of distress, only to arrive at the scene later, to find a young woman taking her last breaths of life.

Dr. Amie Harwick, renowned Hollywood family & sex therapist was young and vibrant. Beautiful, smart, and talented, Amie was loved and respected by her community and patients. Her passion for psychology and helping others shined through in her personality, but deep down, she struggled with a fear that she spent years studying and helping others overcome.

Amie was a victim of Domestic Violence.

In 2011 / 2012, Amie filed for protection orders (restraining orders) against her former boyfriend Gareth Pursehouse. During their relationship, on the outside, they were a picture perfect match. Good looking, smart, likable, but behind closed doors, Amie feared for her life.

"In April 2011, Gareth Pursehouse forced me to the ground, covered my mouth to prevent my yelling, kicked me.

"In mid-May, there were multiple arguments in which Gareth Pursehouse … choked me, suffocated me, pushed me against walls, kicked me, dropped me to the ground with forced force, restrained me, slammed my head into the ground, and punched me with a closed fist."

Like all Preventative Orders, there's an expiration date. Many, like Amie, have to continue to file orders with the courts to maintain protective means from their abusers.

Amie left Gareth, but as the years went by and she made better for herself, Pursehouse obsessed over her. Even to the point that he asked mutual friends to send messages to her.

Per a CBS News interview with those close to Amie:

He always wanted to know where she was at … he used to want me to be his go-between, which I did not wanna do. He'd always ask me to send her …  photos, send her links to sappy love songs. … And I used to tell him that's not a good idea … And he wouldn't take no for an answer. - Rudy Torres, friend.

And Amie believed that Pursehouse somehow had accessed her computer – sending nude photos of her to potential employers, costing her jobs.

He was kinda, like, a hacker, a programmer. And I think he may have … installed something in her … computer. So, I went into her house to look … at her computer. And it had been wiped … Windows was no longer installed on her computer. And I was like, "This is not something that, like, happens easily." - Robert Coshland, friend.

Amie and Coshland went to an event together in January of 2020, where they ran into Gareth. A heated argument ensued between Harwick and Pursehouse. Amie later told Robert that if anything ever happened to her, Gareth Pursehouse would be the one responsible. Prior to Amie's death, Gareth Pursehouse's Restraining/ Protective Order expired.

"We Are Not A Direct Service Provider"

According to the National Center for Victims of Crime (NCVC); 76% of women murdered by former intimate partners are stalked prior to their deaths, and more than any other period in my life, I was in need of a lawyer to be my advocate, but I failed to find any who cared.

With no support forthcoming from the legal system, law enforcement or crime victim agencies, I had to sever ties with a violent predator myself—which turned out to be a blessing in disguise. - Alexis Moore

Alexis speaks about the lack of direct service and hands-on outreach that Domestic Violence Hotlines and Advocating Firms offer to victims. Closing the gaps between advocacy firms and DV victims has become a major goal for Alexis- who uses her daily struggle with her own experience to continually look for tangible support.

The goal is to get the victim OUT of harm's way as soon as they reach out for help. - Alexis Moore

Where many hotlines and advocacy groups work to find counseling or legal help for DV victims, there is a lack of PRO- ACTIVITY to help remove victims from the abuse overall. Where the U.S. and many other Government systems are set up to empower those who've already left the abuse, there is a lack of aid to those who continue to suffer through it. Reaching out to organizations to help in her personal fight for safety, Alexis found that these firms are not providing a means of emergency help within the homes of the abuse. Yet these firms continue to reach out to the public for donations, as well as government funding.

How Much Should A DV NonProfit Make Domestic Abuse Firm Executives Make Money, Victims Are Left Behind

In finding out information like in the links above, Alexis decided to do something that these firms were not doing for their clientele... she reached directly out to them for support.

Clicking on the image above, you'll be taken directly to the chain of emails that Alexis sent out to several Domestic Violence resources and advocates. Each response back to her were similar in context, "We do not offer direct assistance." Or, "You've reached the (auto) messenger for ________________."

**Alexis Moore has given Mom-At-Arms permission to use the emails linked.

As more and more organizations and groupings jump on the political and media bandwagons of Domestic Abuse support, where is the PROACTIVE & REACTIVE Responses to those still suffering within violent homes?

While these organizations and advocacy groups continue to push papers to help make the public aware of statistics, where is the reform for direct outreach to keep those suffering from becoming another one of those stats?

Where's the overall, national, empowerment for those receiving fresh bruises instead of counseling and legal advice?

For more information on how you can become a champion for Domestic Violence Victims, Alexis Moore extends her contact info. Click the link below, or follow her on social media:

Additional Info from Alexis that may be helpful:

M.E.D.I.A.: Most Effective Devil In America