MASK OFF: Here's some facts!

I'm not a mask wearer.

Its no lie. I am outspoken about such.

Not just because of "Murica," but.. because, well, I'm a Science Junkie.

Because SCIENCE says that masks are NOT 100% effective, I do not wear one, because that means that my chances of getting whatever virus is swarming around in the atmosphere, is still a pretty good one... or even not. SCIENCE also states that a person's immune system is a major KEY component in battling unwelcome germs, viruses and bacteria, and I wholeheartedly agree... WITH SCIENCE.

Do I condemn those who wear masks? Honestly, most recently, I have posted on my social media outlets my dislike of "Masks," mostly because of the many people... even some close to me, personally... who have condemned me, and others like me who choose not to wear them. People who've known me personally, FOR DECADES calling me a heathen and a fool.

I've seen cutesy, religious based, or humor-filled memes like these shared by these close pals... 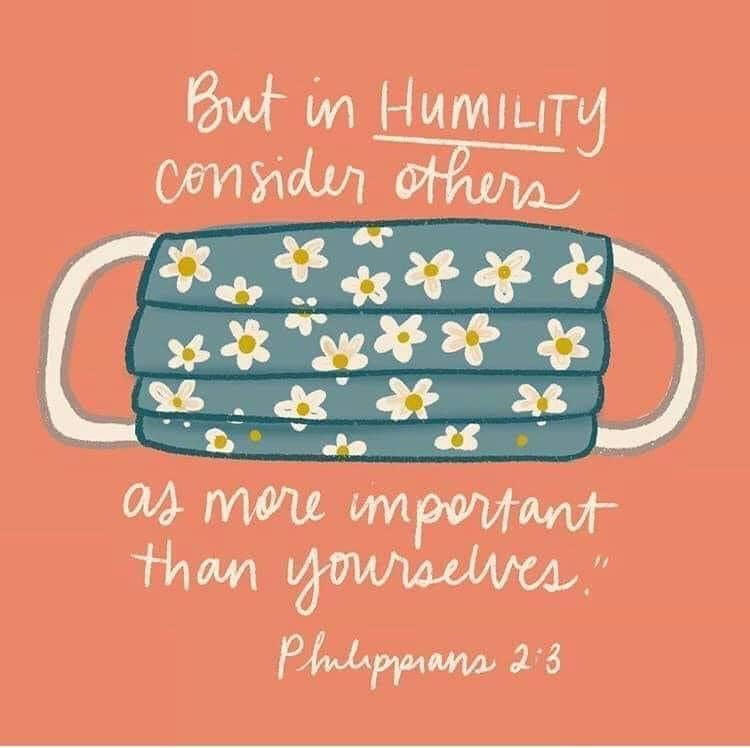 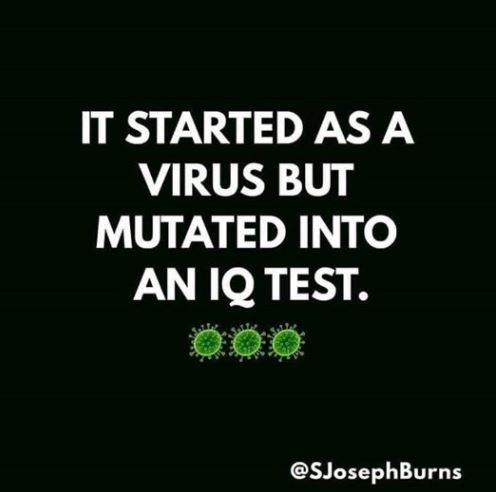 And it's sad, really... because they're "personally selective," meaning, they share these things thinking they're something for the common good, but in actuality, they share them for their own selfish reasoning. All while calling others who don‘t wear masks... Selfish.

** Please note. I am a Christian. Proud to be one, and these insults are in retrospect to my Christian pals who have taken things a step further than what I was ever taught in Sunday School.

For example, if you read the ENTIRE 2nd Chapter of the Book of Philippians (passed that verse stated in the cute lil meme up there) it explains in a different light to not be conformed to society, but to keep your eyes on The Lord for the sake of humanity. If you read "But in Humility consider others as more important than yourselves," DON'T STOP THERE, cause you'll find in Philippians Chapter 3, a totally different point of view comes about...

Philippians 3:9 says that the righteousness we need to stand before God, we have in connection with Christ: “. . . and be found in him, not having a righteousness of my own that comes from the LAW, but that which comes through faith in Christ.”

Even in the first line of Philippians 2, it states, "encouragement from being united with Christ..." and that in itself means, to have faith in Christ. So, what I do care about is my pals cherry-picking, weaponizing, and misusing Biblical verses... or even certain institutions... and claim it all to be for the sake of "HUMANITY." But, those same people who claim such righteousness should also understand that HUMANITY also includes those to whom they live differently and disagree with.

So, do I condemn those who wear masks that condemn me?

No. I don't. I might get on social media and post some sort of snide thing in retaliation to how I've been treated, but for the most part...

I DO NOT CARE IF YOU WEAR A MASK OR NOT.

I actually understand both sides of the issue. I know that there are people in this world that need a tangible boost in some sort of protection against things like viruses. I understand that these people feel that masks make them more comfortable while out in public. I understand that they rely strongly on medical professionals, and so forth, to maintain their health... because they've had good results with these professionals. Some of us GREW UP IN HOMES OF THESE MEDICAL PROFESSIONALS. I understand that some folks do not appreciate me not wearing a mask, so I use social distancing to my own advantage, as well as theirs, by not venturing into stores if crowded, using delivery and pick up options, or doing things at home as much as possible. I'm also very blessed to work in a position where I'm not interacting with people very often. I communicate to those who do have to interact with me, that I do not wear a mask- so it is left up to them if they trust me being in the same area as them. I'm also someone who stands 6 feet away, I carry antiseptic wipes and hand sanitizer with me, because SCIENCE tells me germs, bacteria, viruses, etc... live on surfaces, too! If I'm in a position to where I have to be in the presence of a "Masker"... say... riding in an elevator... I kindly ask if they're comfortable with me joining them. If not... I wait or take the stairs (my ass is looking LOVELY, by the way). If you're a store owner that doesn't allow folks in because of no mask, well... I do not venture into your domain. AND! Check it... because I believe in supporting small businesses, if you're a Mask Demanding Biz, I don't boycott you. I actually find out if you have an online shop and I become a patron that way if I want your product.

I also understand, that there are people like me, that actually have HIGH IQs and abilities of processing information as a whole, to a point that they're super analytical of EVERYTHING that that they do. (HENCE THE PARAGRAPH BEFORE THIS ONE as well as the rest of this one) I understand that there are people like me that have NOT had good experiences with doctors and medical professionals, and they rely on their own trust and judgement of themselves... and even THEIR immune systems. I understand that there are individuals in the world that have an issue with things on their faces because of some horrible past experience, that they have extreme anxiety just even thinking of something muffling them... OR EVEN SEEING SOMEONE WITH A MASK ON AND OVERCOME WITH FEAR due to PTSD. (RAPE VICTIMS FOR ONE- I have a friend who was raped, and while her rapist stabbed her 17 times as well as beaten to where her orbital socket was broken during the assault, he kept his hand over her mouth to muffle her cries FOR HELP) I understand that there are people that have medical issues that keep them from wearing anything on their face. (AUTISM, ASTHMA)

I also understand that there are more things happening in this world other than a fucking virus. Because SOME OF US HAVE LIVED IN HOMES WITH LAW ENFORCEMENT FOLKS, and due to me working with VICTIMS OF ABUSE (and hearing firsthand their stories, like the one above about my friend, that only a handful of you reading can own up to), I also understand that there are evil people in the world that look to take advantage of certain crisis's to satisfy their selfish and greedy wants.

I understand that there are people in this world that will work hard to twist narratives and demonize INNOCENT people JUST because they do not agree.

I was the victim of such recently.

A social media post of mine, making a point that EVIL people could use this virus pandemic, and the expectations that the government has set into play, against those most vulnerable... LIKE CHILDREN... was used as a fucked up means for "Mask Demanding Folks" to "school" me on the importance of a mask... per their feelings.

Because I mentioned my annoyance of masks & how they've become a method of salvation for folks, COMPLETE STRANGERS jumped on my post, where I express how angry I was at a system and a society that didn't look at the bigger picture, and they threatened me with wishes of my family and I getting the virus, wishes for death, as well as informing me that they were calling Child Protective Services on me because I'm a horrible mother. They used the opportunity while on my post, to skim through my public info... using it to belittle my Christian Faith, as well as stating that, "Too bad we don't know where she works." How this happened? My post was shared and actually sent to several "Facebook Tag Groups," where members of these private groups joined in on a virtual gang up to demean, insult and threaten my family and I. All of these groups are set up to "tattle" on folks who do not wear masks... and the members go to evil extremes of doing such.

I EVEN STATED IN THE POST THAT CHILD PROTECTIVE SERVICES (CPS) HAS BEEN AN AVENUE THAT SEX PREDATORS HAVE USED TO TRAFFIC CHILDREN... and these MASK LOVING SOCIAL JUSTICE WARRIORS THREATENED TO CALL CPS ON ME... which in turn, proved a snarky remark: "I'm just going to consider you all supporters of child trafficking."

If I am considered by so many as a heartless, evil and vile person for not wearing a mask... then its fair to consider folks who do wear them as supporters of child trafficking, right?

I mean... bad guys, like kidnappers/ robbers, wear masks and they put masks and other items on their victims to hide their identities. WHY NOT consider mask loving folks to be supporters of such atrocities?

Asking these questions was greatly frowned upon, but since those frowns were backed by ill intentions, including threats, I've decided to give some video insights to what happened (works better if you're on a desktop).

The International Centre of Missing & Exploited Children states that (roughly) 901,125 children go missing all over the world... every... single... year. And did you know, that other than scars, hair and eye color, DENTAL CHARACTERISTICS ARE ONE OF THE KEY DESCRIPTIONS TO HELP IDENTIFY A MISSING CHILD BECAUSE TEETH ARE THE HARDEST THINGS TO CHANGE ON A PERSON!?! Who holds the largest number of "missing children" in THE WORLD?!?!? The United States of America, coming in at 460,000 every year. (FBI)

People that have died from COVID-19 up until this point, at 5:15pm EST on 8/14/2020... 167,000. Most of them having lived full lives. The CDC also states, as of today, that the percentages of people testing positive of COVID-19 have drastically declined.

The chances of a child dying after abduction, though are far greater than that of anyone... ANYONE catching and dying of COVID-19. (These are facts)

When children are kidnapped, statistics reveal that over 40% of the incidents end with the death of the child. - Facts ON Child Abductions

But yet, my worries on this matter are null and void because of COVID-19. For myself and others who feel the same, to have some sort of comfort in the fact that we have weighed the options of protecting our children from one evil over another, we have to put up with an overall destruction of our names and falsehoods against our characters by those we once thought were "friends."

Funny. I didn't cover that last meme my pals tend to push...

"I wear a mask because if the experts are correct, I could have potentially saved someone from getting sick or dying. If the experts are wrong, I just wore a mask. I wonder who raised some of you people..."

Well, I do not wear a mask because if the experts are right, then I've done what I could to strengthen my immune system and took a leap of faith. If the experts are wrong, I'd hate for my day to come when I'm standing at the Pearly White Gates and Christ asks me, "I told you to have faith in me, yet there you were, conformed to earthly bounds, putting your faith in man before me... looking like a dumbass at the same time."

1 Corinthians 2:13 And we impart this in words not taught by human wisdom but taught by the Spirit, interpreting spiritual truths to those who are spiritual.

And to those who compare firearms to masks... its true, they're both forms of protection. One will save you more than the other, though.

HAPPY "I WILL NOT COMPLY" DAY